Amit is an accomplished senior executive with extensive experience in banking industry. He is currently the Senior Vice President and Chief Financial Officer of SBI Canada Bank, subsidiary of State Bank of India, with additional responsibility of Asset-Liability Committee (ALCO) of the bank.

Prior to joining SBI Canada, Amit worked with many international banks like Citco Bank, Dundee Bank, ICICI Bank and Deutsche Bank; and held progressively senior positions. Amit is a Chartered Accountant (CPA, CA) from Canada and India; and a Certified Public Accountant (CPA) from Colorado, USA.

Amit is actively involved with the community and voluntarily serves on the Board of many Not-For-Profit organizations like Indus Community Services (Indus), Canadian Helen Keller Centre (CHKC) and Agarwals Based in Canada (ABC). He is one of the founders and past Chair of the Toronto Chapter of Indian Chartered Accountant (ICAI).

Surinder Sharma is based in Mississauga, Ontario and originates from Delhi, India. He had his schooling from Delhi Public School, Mathura Road in New Delhi, Electrical Engineering from IIT Delhi and Management from Panjab University.

Surinder Sharma served at senior management positions in large multi-nationals including at Bajaj Electricals Ltd. as General Manager (Appliances) and then in Middle East at Jumbo Electronics Co., Dubai as GM. In Canada, after a spell at QBD Cooling Systems Inc., he successfully launched an energy conservation services company with a wide range of technology products that helped Climate Change and reduce the KW load in Ontario. His company, Power Saving Systems Inc. helps commercial and industrial properties to conduct energy audits and do project management for retrofit and technology solutions that help save energy footprint of large properties and manufacturing plants.

Surinder is the Past President of IIT Alumni Canada, Past Chair of Panorama India and Past Vice President at Indo Canada Chamber of Commerce. He served on the Board of Directors at Mississauga Board of Trade 2012-17. Surinder is active in many other Indo-Canadian community service projects in Toronto including the International Chair of Walk for Values - a character development project that does public outreach by organizing an annual “Walk for Values” in Toronto and at 50 other global locations. He was part of the founding team of Sathya Sai School - first Indian School that integrates Sanathan Human Values in the Ontario curriculum.

Dhaval Shah is based in Alberta but originates from Gujarat, India. He owns Insurance and Investment brokerage in Edmonton since 2009 and recipient of many business excellence awards. He is serving and sponsoring diverse community events including many cricket teams across Alberta.

He came to Canada in 2005 from India with background in Chemical Engineering and MBA. As a entrepreneur, He has involved in managing many real estate and food Service businesses. He is supporting charitable projects in India and Canada. 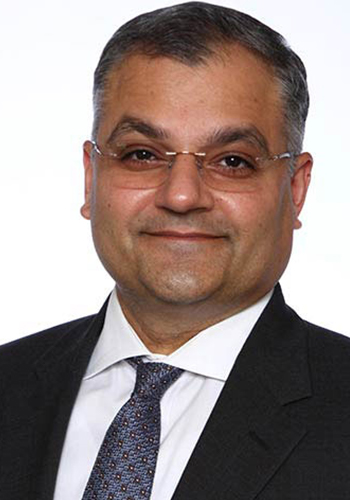 Aswani K. Datt is an established senior criminal lawyer with over 20 years of trial litigation experience. He is a 2nd generation proud Canadian whose parents arrived from India (Sunam, Punjab) in the early 1970s.

He partakes in many pro-bono cases and supports many charitable initiatives across the country.

Aswani has previously served as a Director of the Criminal Lawyer’s Association and an area director for Legal Aid. He is also a charter member and past President of the Flower City Centennial Rotary Club and winner of the prestigious Paul Harris Fellowship Award from Rotary International. 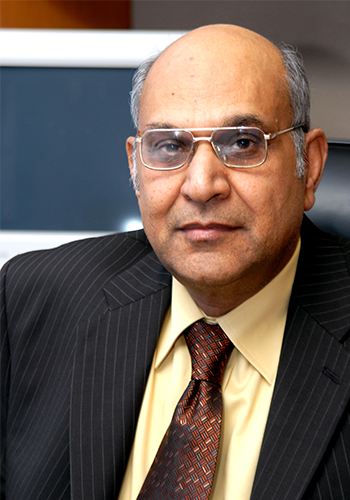 Anand S. Aggarwal founded the real estate firm Manor Park Group of Companies more than 39 years ago. He is co-owner of the Infinity Convention Centre, as well as a number of hotel real estate holdings. Mr. Aggarwal has a vision to provide affordable housing for the Ottawa community. He owns Manor Park Management, which provides affordable rental properties for all demographics, including families in the Manor Park community. As a former Board of Directors member at the Ottawa Heart Institute Foundation, and co-founder of Dhadkan, he helped to raise more than $10 million for the Ottawa Heart Institute. He also played a key role in the construction of the Sri Sathya Sai Centre of Ottawa Carleton. One of the founding advisors of Indo-Canada Ottawa Business Chamber, he was also a Director and Charter Member of The Indus Entrepreneurs, a not-for-profit trade group dedicated to fostering entrepreneurship. Both his contributions and achievements have earned him recognition, including Businessman of the Year Award in 2007 (Indo-Canada Ottawa Business Chamber), the Immigrant Entrepreneur Award in 2014 (City of Ottawa), and Corporate Citizen of the Year at the Indo-Canadian Harmony Forum Apex Awards in 2018 and recently was included in 75 Jewels of India -Leading Indo-Canadian Personalities. 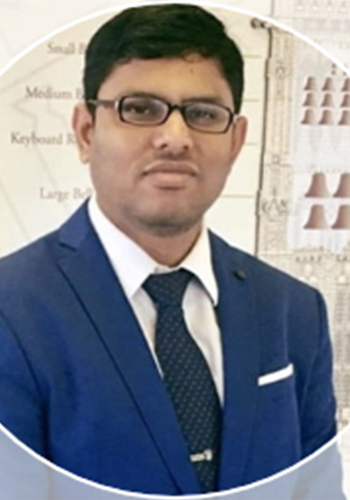 Prashant is a leader in the international education sector with over 16 years of experience in international business development. Prashant has worked in the field of international education in the US, Canada, and India. Prashant has been working at Seneca, since June 2014, and was appointed in July 2018, as a Director Business Development, to lead Seneca’s student recruitment and business development in South Asia. Prashant came to Canada as an international student in 2003, after graduation, Prashant started working for Vancouver Island University (VIU). Prashant has worked at New York Institute of Technology and University of California. He has delivered presentations in several international conferences on Indian Education System, Canadian Education, Ontario College System and participated panel discussions on International Education and Skills Development. He works closely with Indian and Canadian Government in organizing international training programs of Indian Civil Servants in Canada.

Prashant volunteers with various business chambers, international associations, and community organizations in deepening Canada’s international relations. He has participated in Trade Missions to India led by Government of Canada (2017 & 2018), Ontario Government (2015 & 2019) and Government of British Columbia (2008), resulting into signing of MOUs in the field of Entrepreneurship, Education and Skill Development.

Prashant holds a Bachelor in Electronics Engineering from D.Y. Patil College of Engineering and Technology, Kolhapur, Maharashtra, an MBA from University of Hertfordshire, UK, Post Degree Diploma in Business Studies from Vancouver Island University, Canada, Certificate in Immigration Law, Policy and Procedures from the University of British Columbia. He is a Regulated International Student Immigration Advisor (RISIA) by the College of Immigration and Citizenship Consultants, Canada.